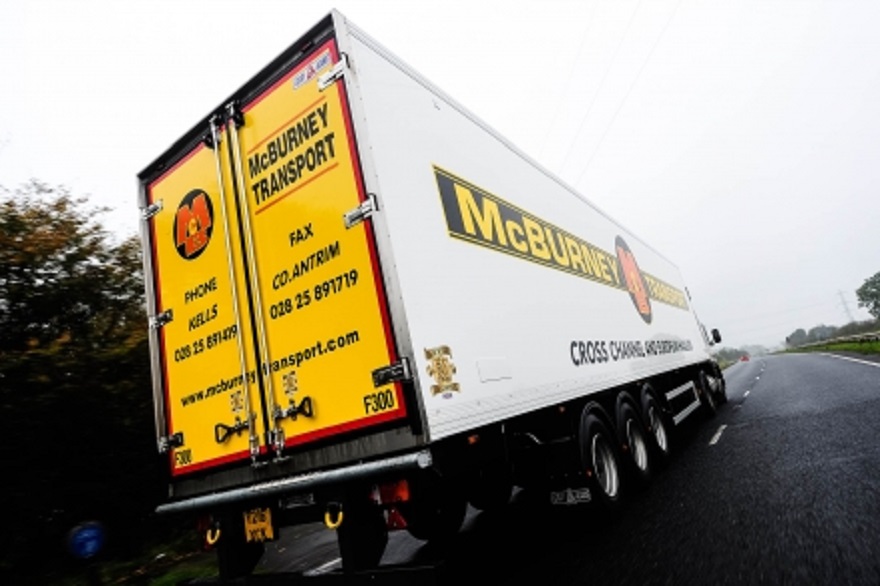 Posted at 09:00h in All, Trailer News by Fiona Simpson

Northern Ireland’s McBurney Transport is treating itself to a very special 50th birthday present in the shape of 50 new refrigerated Gray & Adams semi-trailers.

The high-profile operator’s Golden Anniversary order will bring to over 500, the number of temperature-controlled Gray & Adams trailers it has commissioned since the first entered service in the 1980s.

The new trailers are all to McBurney’s exact specification and include Thermo King SLXe400 refrigeration units and BPW’s latest running gear.

Ballymena-based McBurney Transport began trading in 1965 and is now one of Ireland’s largest, independently run logistics businesses. Each of its new trailers will wear a unique, numbered logo to mark the 50th anniversary celebrations.

Founder Norman McBurney OBE believes the strong personal relationships he and his colleagues enjoy with members of the Gray & Adams Ireland team has been key to the success of both businesses.

Norman comments: “I like, wherever possible, to support local companies, but I can only do so if I get high-quality products at a fair price delivered on time. The product must also be backed by an aftersales service capable of reducing our trailer downtime to an absolute minimum.

“Gray & Adams Ireland have met these requirements over the years and with their investment in both production and repair facilities continue to satisfy the needs of our constantly growing business.”

The 50 new trailers are being built at Gray & Adams production facility in Newtownabbey. In 2013 the McBurney Transport order for 80 trailers was the largest ever received by Gray & Adams Ireland from a local company.

Stuart Martin, General Sales Manager at Gray & Adams, says: “I can remember doing my first deal with Norman McBurney for three trailers in December 1986 just like it was yesterday – the fleet numbers were F17, F18 and F19. I could never have imagined back then that by 2015 McBurney would have purchased over 500 Gray & Adams trailers.”

Celebrations are nothing new to McBurney Transport – the company was crowned Export & Freight European Haulier of the Year 2015. Meanwhile, Norman McBurney received an OBE in 2013 for his services to the haulage industry and Ballymena United Football Club, and his wife Lynn was awarded an MBE for services to the community – she has served for many years as a governor of both Moorfields Primary School and Dunclug College.

Billy Dougan, Managing Director at Gray & Adams Ireland, adds: “It is fantastic to be part of the McBurney success story and we are very proud to be associated with Norman and his family.  We hope to continue serving them for many years to come.”