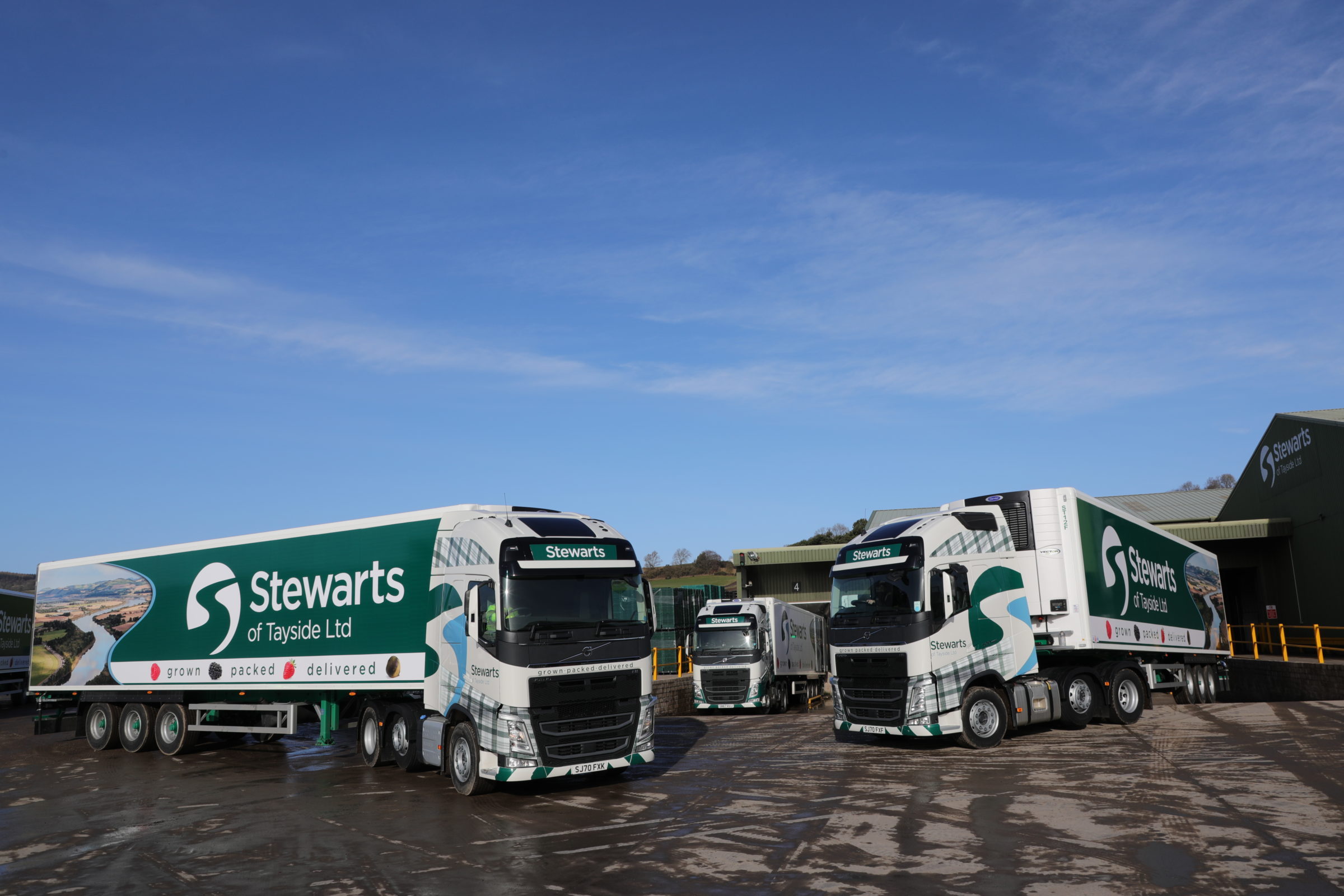 Posted at 14:59h in Case Study by Fiona Simpson

Gray & Adams have worked with Stewarts of Tayside since 2017. Established in 1930, Stewarts of Tayside are a grower and supplier of soft fruits and fresh produce to UK major supermarkets. The company require robust, light weight, temperature-controlled transport that will facilitate the safe delivery of their delicate produce to their customers.

Stewarts of Tayside had been working with a Gray & Adams competitor to supply their temperature controlled trailers on a long term basis as a vehicle that was lightweight was important to them. However, in 2017, they were contacted by Gray & Adams (Fraserburgh) to advise that the innovation in Gray & Adams engineering meant that a lighter weight trailer could be supplied that would not compromise on the robust quality of build that Gray & Adams have become synonymous with.

The customer purchased the first trailer from us in 2017 which suited their needs and they now, four years later, operate a fleet that is solely Gray & Adams built.

When discussing the new but strong relationship with Stewarts of Tayside’s Transport manager, Jim Winn, he told us,

“I’ve been aware of Gray and Adams for a long time, they were a recognisable brand so when they contacted us to let us know that they could accommodate our needs, we were excited to try them out. Having worked with the competitor for so long, we were impressed by not only the quality of the build, which results in a greater longevity, but the level of aftersales service we receive from the G&A team.”

“The Dunfermline dept is just a few miles from us, which is a major selling point. Previously, when a trailer had to go back to the manufacturer for repairs when we were using another supplier, it was off road for a long time which had a knock on effect on the wider business but this has been completely mitigated through our relationship with Gray & Adams.”

With a fleet that is completely Gray & Adams built, Stewarts of Tayside are a valued customer for Gray & Adams and the business is delighted to build a strong relationship with them.

Of the added value he receives, Jim Winn tells us,

“I’ve already seen the value of using Gray & Adams in regard to fleet sustainability and longevity. We would normally look to get around 5 – 7 years of life out of our trailers before moving on but with the quality of the build with Gray & Adams trailers, I can see them surpassing this which is fantastic”

“I’m delighted with Gray & Adams and the service they provide as well as the quality of their product. The sales team at Fraserburgh are helpful and really understand our requirements.” – Jim Winn, Transport Manager at Stewarts of Tayside