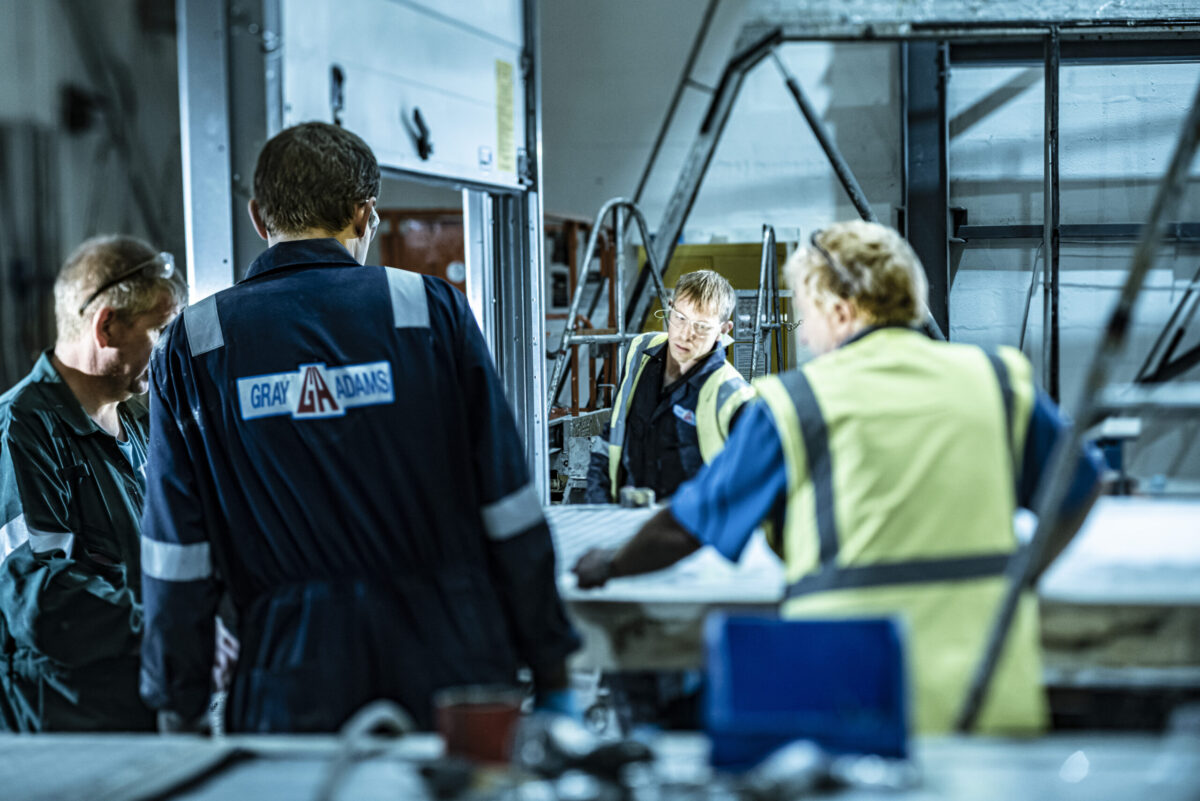 Posted at 13:47h in News by Fiona Simpson

As with any business, it is important to continually reflect on success, what it means, and what factors have helped achieve it over the years. With Gray & Adams now entering its 65th year in business, it is not surprising that many factors have contributed to the growth and success through those six and a half decades.

Gray & Adams are recognised as pioneers of innovation in the refrigerated transport industry, for example, its recent collaboration with Carrier Transicold on the Vector e-Cool autonomous electric fridge is a testament to the forward-thinking leadership within the business. It is also widely known within the transport sector that Gray & Adams has a strong reputation for quality, value, and commitment to their people. However, to be recognised as a key player within Scottish business as a whole, is a fantastic achievement to be celebrated.

This year, Gray & Adams took 63rd place in Insider’s Top 500 Scottish Companies list. The list, which is compiled yearly, by Insider Research, takes factors into account such as employee numbers, mergers, and acquisitions, as well as turnover and growth, which means that a number of recognisable household names were also featured.

“Coming from humble roots in Fraserburgh, Gray & Adams is a family business which has grown significantly to contribute to the UK cold chain industry and the UK economy over the last 65 years. We are proud to have been recognised as a successful business alongside large corporations such as SSE and The Bank of Scotland. The success of Gray & Adams throughout the decades is down to the quality of the people we employ. Throughout our UK depots, we are committed to our team, value, innovation, and quality. We would also like to congratulate a number of our customers who have also featured on this year’s list”

“We are delighted to have been recognised on a national level in Scotland for being a strong and successful business. When our father, Jim Gray Snr, started the business in 1957, he had a vision for what he wanted to achieve and continuously worked hard to achieve this. To be featured at number 63 out of 500 across multiple industries, is a milestone achievement in our 65th anniversary year and could not have been possible without the wider Gray & Adams team, our customers and suppliers.”