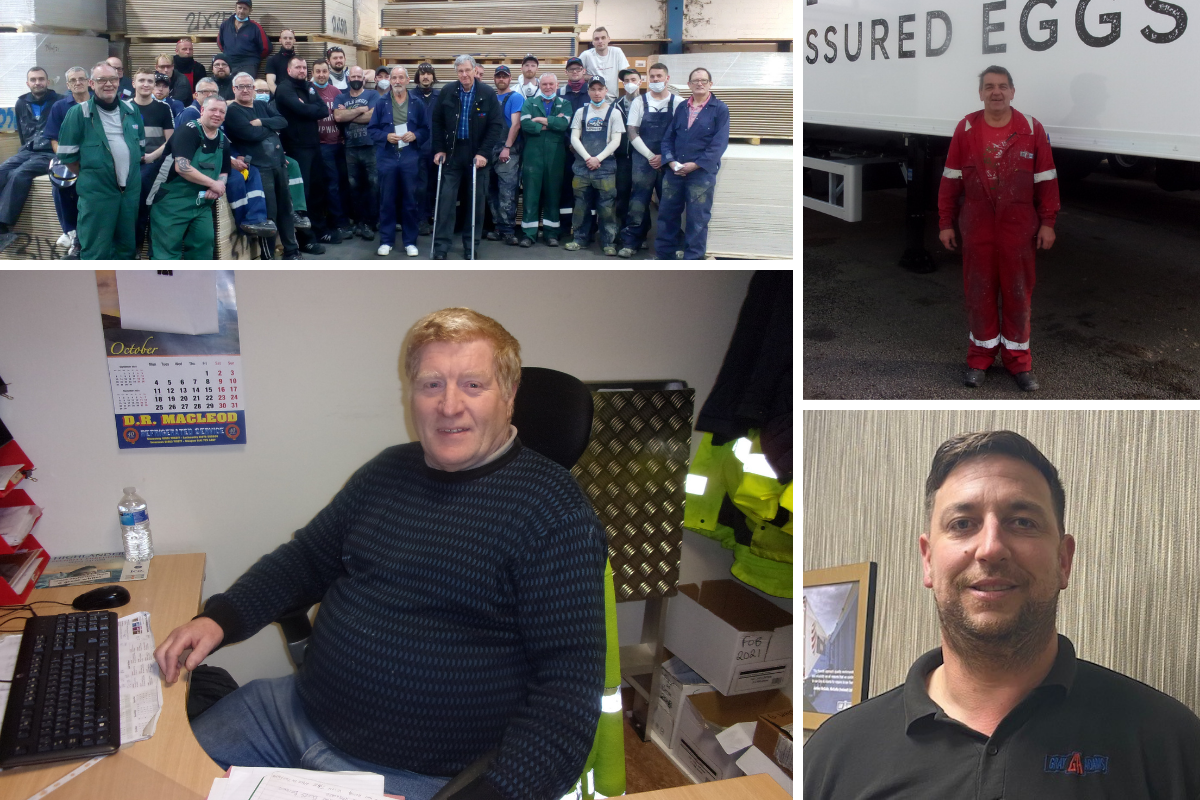 Posted at 11:48h in People by Lois Atherton

Testament to the way the business is run, Gray & Adams has several employees who have served with the business for many years. Our company has been built on their commitment and high-quality work, and we would like to take this opportunity to profile their careers and share our sincere thanks for their service.

George joined the Merchant Navy when he left school and served his time as an engineer. When he left, he began working at Mitchell’s Sheet Metalwork’s in Fraserburgh for about nine years, before being offered a position at Gray & Adams and taken on as a welder. Throughout his time with Gray & Adams he worked as a welder, a line manager in the Stainless-Steel Fabrication Department and in the Calibration Control and Quality Inspection Department, where he worked up until his retirement in November 2021.

He said of his career with Gray & Adams,

“Back when I started working here, I loved making prototypes – I particularly enjoyed being part of the development of the first ever lifting deck. From making the deck, to building the hydraulics – it was a very different set of processes for the build at that time. There were no lasers to guide or cut, it was all done by hand. It gave us a huge sense of satisfaction at the end to see the finished product.

Another part of my job which has given me great fulfilment is working with our apprentices and bringing them on. One of my former apprentices is now managing the Chassis Fabrication Department – I get on with him very well and love seeing how he has developed his skills over the years. In fact, the main thing that has kept me here for so long, is the team. Gray & Adams is such a dependable family company, and everyone has time to talk to you – even at the very top of the business, everyone is approachable, and they really look after their people. That’s one of the main reasons I’ve stayed here for so long!”

Keith Craighead celebrates 25 years’ service at Fraserburgh and remembers his first impression of Gray & Adams as a big, local employer and a busy place to be. He had family members working in the business and he was a joiner to trade at the time, he knew they were looking for a permanent, full-time member of staff and was employed by James Gray. Starting in the Door Department, he also worked in a few other parts of the factory and is now in the Completion Department as a Supervisor.

He said of his time with us so far,

“I came in as an everyday worker and worked my way up to jump grades as team leader and then supervisor, taking on more responsibility as I developed my skills. The people, the work and the environment are all things that keep me going, it’s a busy job and I do a bit of everything but I’m very proud to work here. Being from Fraserburgh myself, Gray & Adams is a fantastic company to work for and it’s a stable job working for a big local success story. If you do your bit, the team always looks after you and that’s something that keeps me really happy in my job.”

Peter Northedge has been a part of the Doncaster team at Gray & Adams for 30 years, having previously worked in manufacturing for another trailer company. Having had a few friends and colleagues here, he was asked to come and interview, met the team and never looked back.

Peter started in repairs and construction, and then moved into solely working on repairs to the trailer bodies before also learning welding on the chassis. He did several years of that before moving onto the shop floor as a repairs foreman, later taking on the role of foreman. Testament to the way the business is run, Gray & Adams has several employees who have served with the business for many years. Our company has been built on their commitment and high-quality work, and we would like to take this opportunity to profile their careers and share our sincere thanks for their service.

“My greatest achievement in my career with Gray & Adams is working my way up to reach the level of foreman and staying here for 30 years! It’s a very stable company which invests a lot in people. So much has changed over the years, from new technologies to our processes, we must continually improve and learn new skills over time to match the development of our products and new engineering innovations. I am proud to have kept on developing and growing my own expertise, and that of the whole team, during my time. It’s a family business, from the bottom to the top. I now have two sons working here – both on the repairs team! I think the way that the business looks after its people, especially throughout a challenging time such as the Covid-19 pandemic, is a real testament to its family values and its heritage.”

Colin Crawley has been on the Gray & Adams team in Northern Ireland for 22 years, having gotten a week’s work placement through his dad, who also worked at Gray & Adams. During his placement, he was highly impressed by the work and the Foreman said to give him a call whenever I finished school. Colin started with Gray & Adams in June 1999 as an apprentice, and the rest is history!

“My colleagues are undoubtedly the best thing about working for Gray & Adams. The commitment and support is second to none – we are a tight-knit bunch who pull together in all that we do. I also feel extremely lucky to have had Terry Lavery as my boss and mentor – he was able to share his invaluable experience with me throughout my whole career. How the Gray family have managed to build an industry leading business which is well known throughout Europe for quality, and ensure it remains a family business, is something that deserves the utmost respect.”

“Having started in 1979, I think the most impressive thing about the business is the growth in the volume of vehicles being built now compared with then, from different technologies to new innovations and processes – it gets bigger and better all the time. I started learning how to make panels with Kenny Burnett, John Don, and Bill Sinclair – they taught me the job and I carried the learning with me throughout my whole career in the business. The way we train people means that I then passed the knowledge on and showed others how to do it. I’d like to sincerely thank Gray & Adams for having me working for them for all that time.”