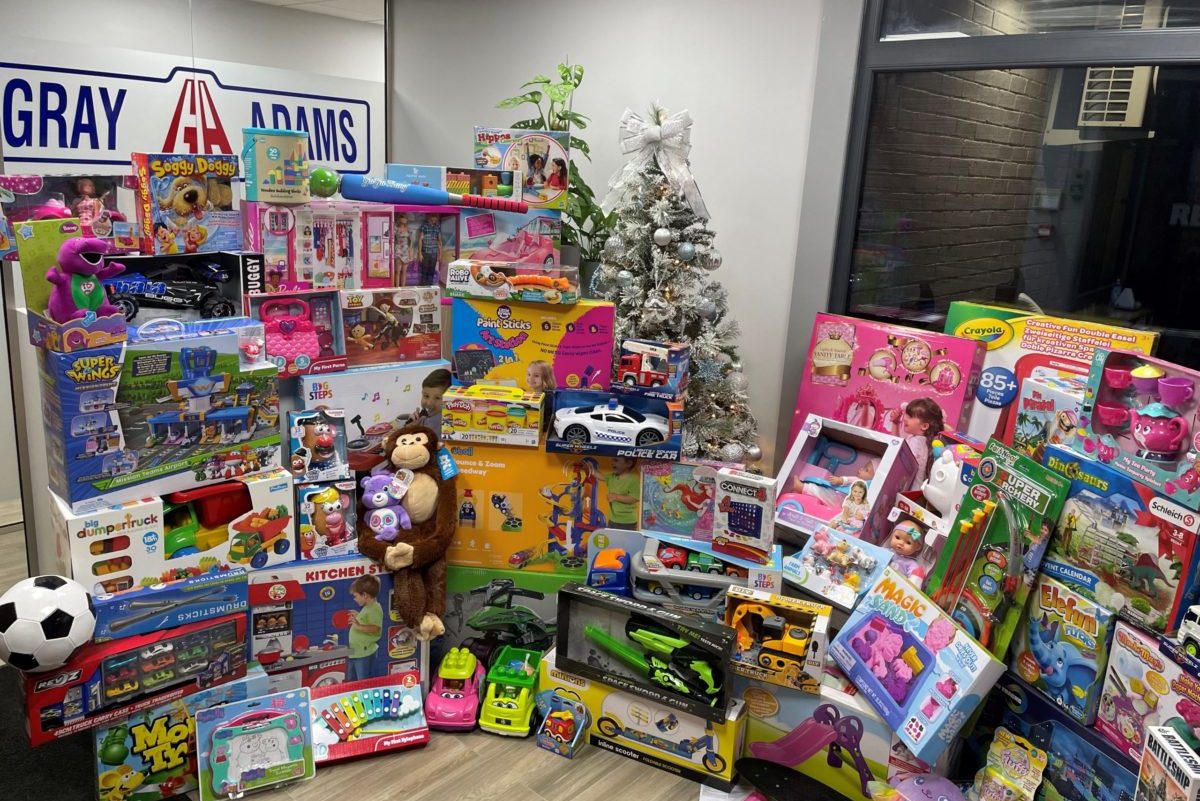 Posted at 16:36h in News by Fiona Simpson

In December, Gray & Adams (Doncaster) took part in Hallam FM’s Mission Christmas appeal which saw our staff and contractors donating either toys or cash to buy toys for disadvantaged children to enjoy over the festive period. Hallam FM is a local radio station owned and operated by Bauer as part of the Hits Radio network, broadcasting to South Yorkshire. As a business with a strong community focus, Gray & Adams’ Doncaster team were delighted to be able to support the charity campaign and give back to the community in which they live and work.

Our Doncaster team should be very proud of their efforts after raising almost £1,200 and doubling donations from the previous year. Some of the money was raised through the office team taking part in ‘Dress Down Fridays’ but most of the donations were made on one day which saw almost all staff donate either money or a toy. The money was then used to buy toys for children ranging from newborn to late teens which we were fortunate enough to do thanks to everyone’s generous donations.

“We are delighted to have once again taken part in the Hallam FM Mission Christmas appeal, a fantastic cause helping underprivileged children have a more normal Christmas. I’d like to extend thanks to Kim Bell and Scott Sherwin who coordinated the collection and purchasing of toys and wish a very well done to the whole team in Doncaster – the challenge for this Christmas is to beat last year’s record!”